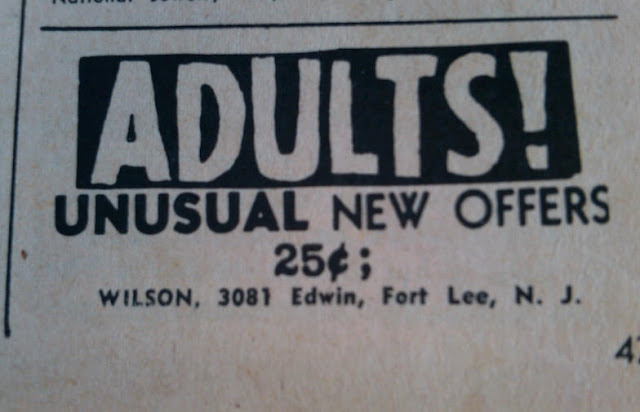 Naturally, I could not let this be passed up without some sort of action. So I decided to send off for these unusual new offers to the address listed.

Since this is what Google says is the address of these unusual new offers, I assumed there was not going to be much in the way of a reply. Still, I had hope!

Well, it's been four months and I've gotten no reply, not even a "return to sender." I'm disappointed. Still, I would have been more disappointed if I didn't try. This isn't going to stop me. If anything, I'm now tempted to send off for more things from old magazines.
Posted by KMB at 1:58 PM