Adventures in New Computers or Windows 8 Frightens Me

After spending far too long without a computer that does things like "working" (or, for the past two years, "working somewhat okay"), I finally was able to get a new computer. The computer I wanted was about $2000 over my budget and my second choice was $700 over my budget, not including the upgrade to Windows 8 Pro that would then allow me to downgrade to Windows 7.

I admit it, I'm a late adopter. I still have an SNES. I got my first Playstation when the PS2 was considered outdated and it was not only the first generation of Playstation, but I got at a garage sale for twenty bucks. While OSX was moving into new versions, I was stubbornly holding on to OS 8.1. I got my iPad 2 secondhand, refurbished, after the iPad 3 came out, and paid in trade goods. I had only upgraded to Windows 7 from XP last year and only because my computer got whammied and the support desk had no XP install discs. Apparently it's not 2005 anymore. Who knew?

In other words, I'm so far behind the curve, I still haven't seen any of those yellow signs telling me I should slow down or else I'll be flung off the edge of the cliff, tumbling down the mountain and exploding in an awesome fireball.

It's not so much that I don't know my tech as it is tech's expensive and I'm not made of money (excluding black market organ sales). So I've been using the same computer for seven years, lovingly maintaining and tweaking it, even as I abuse the hell out of the poor thing. But there's only so much I can do with it. Some of the keys aren't attached anymore, the laptop's case is cracked from years of stress, YouTube causes it to emit a high-pitched screech, followed by a Blue Screen of Death. Plus the cat hair. Oh god, the cat hair. No matter how many times I take it apart to clean, the cat hair never quite goes away. I'm pretty sure this computer is now 83% cat hair.

So anyway, after spending far too much time trying to get the best bang for my buck, I settled on the best gaming laptop I could get within my budget. Why a gaming laptop when the games I play rarely exceed the graphics requirement of Risk, you might ask. Well, I might not be able to get a new computer for another seven years. So it needs to be able to function for a long time. I hate having to swap computers. I still hadn't completely settled in to Windows 7 after upgrading last spring. It feels like just when I get things organized, put up nice curtains, and get comfortable, I have to up and move again.

I don't know how many people I know have had the...experience of using Windows 8 yet, but believe me, it's not for the faint of heart. And by "faint of heart," I mean "people who have been used to a certain platform style because we still remember Windows 3.1 and OS 7.5.1." And by that, I mean me and all the other old people who are shaking our canes at the neighborhood kids. You know, everyone over 30. Maybe including some 20-somethings too. Possibly even toddlers not raised in an iPhone household.

Windows 8 is app-based, which is great for many things, but not so much for others. If you consider upgrading or get a new computer in the future that has Windows 8, here's some tips to help ease the transition.

There's a "desktop" app, which basically gives you a traditional Windows desktop. That's helpful for those of us staring in confusion at all these brightly colored squares that keep doing things for reasons we cannot figure out.

Unfortunately, even in this desktop view, there's no Start button.

Fortunately, you can get the start button back. There's a bunch of programs out there that you can download to get it back. ClassicShell is a good one and is free. However, I really like RetroUI. It's $4.99 for the download, but so, so worth it. Plus you get a 7 day trial in case you don't like it. It also has other doodads in there, but all I want is my mf'ing Start button, which it delivers with ease.

The other problem is there's ten billion apps pre-loaded and they all show up in the Start menu. I recommend right clicking and removing the ones you don't need from the start menu to clean things up a bit. Also, I found it to be much better to pin some frequently used programs (like Snipping Tool) to the task bar. Honestly, I could have done that in Windows 7 anyway, but I didn't need to because it was right there in the Start menu and I didn't have to hunt for the damn thing like I did with Windows 8.

My other dilemma was there were so many apps I just didn't need. Weather app? Maybe that's useful to some, but not to me. I prefer NOAA and thefuckingweather.com rather than a weather app that's constantly reminding me it's hotter than Satan's ballsack during a Texas summer. Same thing with the news app that displayed the current headlines. I don't want my computer screen telling me about the world unless I want it to. Watching cat videos requires concentration. The finance app turned out to be nothing more than a financial report ticker, which is useless for people like me who invest in loose change found under the car's floor mat. And by "invest," I mean "put in an empty spaghetti sauce jar."

I wasn't able to uninstall the apps from the control panel because they're bundled under the Metro program that runs all the apps. To remove individual apps, you just need to hover your mouse in the lower left corner and click on the little thingie (technical term) that pops up. That gives you a full list of all the apps installed, as well as actual programs and bookmarks that appear as an app for the new start screen. Just right click on the app you don't want, click uninstall, confirm uninstall, and you're good to go.

For those who want more apps, the Microsoft app store is where to go to download. A few words about this though. Windows 8 wanted me to have a Microsoft account when I first started using the computer. I have an old MSN account that I didn't feel like using, but I also didn't want another stupid email address. I have enough as it is. I should have just signed up for a new account and ignored it, but I used my old account. Now I'm kind of locked into it.

It's like when you get an Apple ID to use iTunes and you're forever stuck with that account because none of your downloads will work with any other. Hopefully, I can change this without screwing everything up. I'm a little nervous because when I first boot up the computer, it wants me to sign in with my Microsoft ID instead of the usual user sign in screen I'm used to with Windows 7. I really hate the way modern computing links all these accounts. Really hate it. Skynet will be a Google product, mark my words.

So this is how far I've figured things out. It's not much, but hopefully that will help people with the basics. It's so much easier to transition when there's familiar territory. Until I found the desktop app, I was panicked because I couldn't find any sort of file browser so I could browse my many files. The Best Buy clerk seemed confused as why I'd need to do that. Shouldn't I just know what the file name is? Yes, because I'm totally going to remember which photo is IMG-20130130-00357.jpg and which is IMG-20120529-00219.jpg.

If you've read through all of this, then I will leave you with a little present. A lovely ad from my favorite vintage magazine. 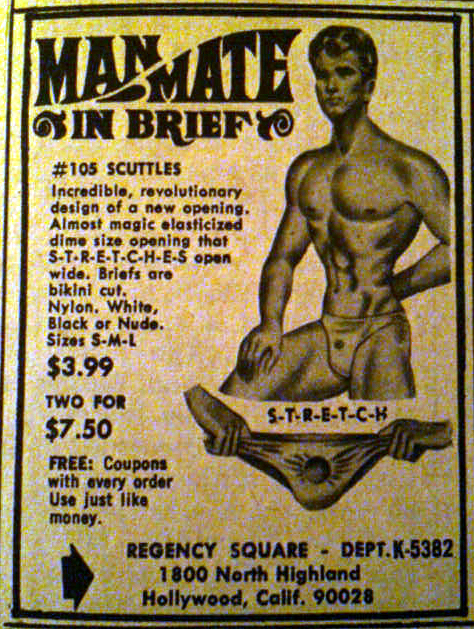 P.S. For those of you who will tell me to get a Mac, what do you think my first choice was? I've had more Macs than I've had hot meals, but alas, my budget is not Mac friendly. Also, don't ask me about the $2500 Powerbook currently functioning as a doorstop. I shouldn't go down that particular lane of memory. I'm trying to be all zen and shit.
Posted by KMB at 5:04 PM